As told by Mama

For some reason, I'd had an inkling early on that baby was breech. Baby's movements had been different to that of my first pregnancy.

I went for a 4D scan at 28 weeks and confirmed that baby was certainly breech and posterior. My primary midwife was not concerned in the slightest, always reassuring me that there was plenty of time for baby to turn head down! I, on the other hand, felt really anxious about it. I had been accepted into a midwifery group practice and had been working toward a natural, hands-off water birth, and I knew baby being breech was going to change these plans significantly.

At 30 weeks, I saw Sam at Aquabellies in Adelaide. We did some gentle stretching and trigger point therapy - baby turned head down and was no longer posterior! I was so happy, I cried. I'm not sure how long the baby stayed this way, but by my 32 week midwife appointment baby was breech again. I tried spinning babies, pilates, more sessions with Sam at Aquabellies, acupuncture and moxibustion - nothing seemed to work. This baby was stubborn!

To complicate this, at my 35 week appointment, my fundal height growth had slowed down, so I was sent for a growth scan. Baby was measuring in the 7th percentile. My midwife and doctors weren't too concerned as fluid levels were good and the placenta appeared healthy, but I had to go for a repeat scan at 37 weeks, which would also confirm the baby's position as breech.

At this point, my midwife had gone on holiday, which made me feel uneasy. My first baby was born spontaneously at 36+5, so I was worried that I would end up with a midwife who didn't know my birth preferences. Around 37 weeks, I agreed to an ECV. This is where I met the midwife taking over my care while my primary midwife was away (and she was incredible).

As I was being hooked up to the CTG, I discussed with her that I did not wish to have a caesarean section but to birth vaginally (if the ECV didn't work). I was nervous about how this would be received. The midwife listened carefully to my wishes. The doctors arrived and, after a period of being monitored, attempted the ECV - which failed. Baby did not want to shift. So then, the discussion about a caesarean section was broached.

The midwife really advocated for me - the ECV rocked me a little, I didn't feel the greatest after it - and the consultant agreed that I was a good candidate for a vaginal breech birth. Baby was in a frank breech position, 2nd baby, all else was well in the pregnancy (37 week scan showed baby was in the 30th percentile).

The only stipulations were instead of birthing in the midwifery group practice suite. I had to deliver in labour and delivery with CTG monitoring and go into spontaneous labour (no induction). If the baby had not arrived by 40 weeks, they wanted me to have a c-section. I agreed. I was just so happy to actually be listened to! I didn't expect it, to be honest. I had been so nervous in the lead up to the birth, second-guessing my decision. The risks of delivering a breech vaginally were obviously discussed, and I was quite nervous (although I knew I was very well supported by the midwife and doctors at the hospital).

At 38+6 (27th May), my waters spontaneously broke at 7 am with no solid contractions, only some cramping here and there. Because baby was breech, we were advised to come into the hospital ASAP. The consultant who was on for the day was happy to assist in a vaginal breech birth (thank goodness!!) as long as labour picked up on its own with no need to induce. She gave me 24 hours to go into labour on my own. She also wanted me to have an epidural at 4cm. Her rationale was that baby's bottom would descend, and I may involuntarily push before my cervix was fully dilated. I had wanted to avoid an epidural but was happy to oblige as I was relieved not to be pushed for a caesarean.

Contractions started around 10-ish, but they were not consistent or really bad (more crampy). My husband and I paced back and forth up the corridor, and I bounced on a ball to get contractions moving, and they finally started to pick up around 12:30 - so the CTG went on then.

I didn't end up having my primary or backup midwife during my labour and delivery, unfortunately. The midwife on for the day didn't want to do a vaginal exam because my contractions were only every 5 mins and continued somewhat inconsistently for a few hours. At least this was according to the CTG, but I think baby's position and my moving about was making it hard to get a good trace.

The pain became really intense at around 4:30 pm, and I said to my amazing student midwife and husband - I'm so done, call the doctor, let's just do a c-section. I just want this baby out!!!! (I literally thought I'd only be 2cm dilated). As the doctor walked in baby went quite bradycardic, and the doctor immediately wanted me on the bed to do an internal exam. I was 9cms!

I then got an epidural, and although I had really wanted to avoid it, it was a godsend, honestly. I hadn't been allowed to eat all day because they were worried I'd need to go for a caesarean, so by this point, I was absolutely exhausted and no longer able to cope with the contractions. I was falling asleep between contractions. I got to rest for a couple of hours while I waited to fully dilate and for baby to move down into my pelvis.

Just before 8 pm, I was finally ready to push!!! I managed to push him out in 4 pushes (I did require an episiotomy - but he was out in less than 2 minutes!).

Recovery was rough. The episiotomy was quite large, and the pain was beyond anything I had experienced before. All I could take was paracetamol and ibuprofen. I was very bruised. It was about a week until I felt some relief.

Psychologically, I'm still processing it all. To be honest, I feel ungrateful feeling this way. All I had wanted was to have an all-natural, hands-off water birth, and I got the complete opposite. I wanted to labour at home, but as soon as my water broke, I had to come to the hospital and labour there. I ended up having an epidural and episiotomy - I definitely wanted to avoid those. My primary midwife was on holidays and ended up with a midwife who didn't know me. I spent the weeks in the lead up to my labour highly anxious and was worried I was doing the wrong thing in asking for a vaginal breech delivery. In the end, I got what I asked for. But I'm still struggling with the fact that it actually was far from that. 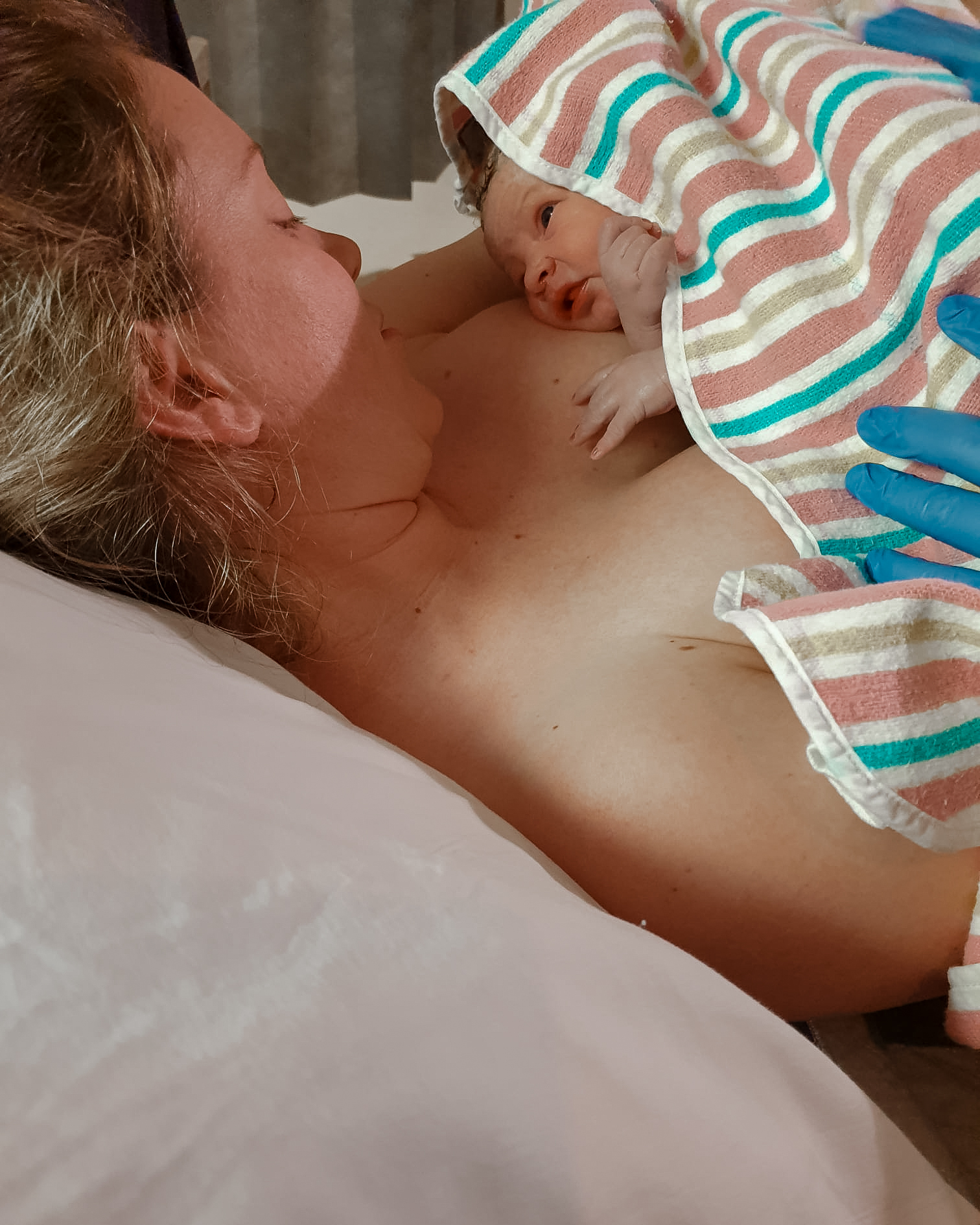 When to start and stop CPR